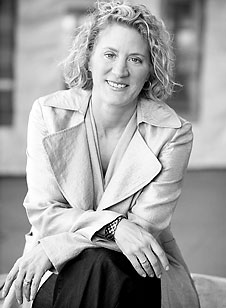 Stacey is an accomplished public relations professional, photographer and videographer with a strong track record of strategic and inventive initiatives. She is recognized for innovative concepts, creative plans, a compelling storytelling approach and flawless execution.

Stacey Sanner has worked in photography, fiction and non-fiction writing for more than 20 years.  As a freelance journalist in the early ’90s, Stacey wrote for the daily, weekly and monthly magazines in Cleveland, OH and later in Los Angeles, CA for Variety.  She penned dozens of concert and record reviews and feature interviews with actors, comedians and musicians ranging from Trent Reznor of Nine Inch Nails to Jerry Seinfeld when he was starting out as a stand-up comedian.

As a fiction writer, Stacey was accepted to and attended the Breadloaf Writers Conference in Middlebury, Vermont, in 1997.

Selected pieces from her photography were shown in a group exhibition in New York City in March 2005.  In 2009, Stacey’s work was accepted to appear as part of a book collection published by the Photo Center NW in Seattle.  Her photography includes portraiture, abstracts and B&W street photography, much of it from New York City where she lived for 13 years, and from Erie, PA where she was raised.  Her work can be seen at www.staceysannerphotography.com.

In late 2010, she published this book, Keeping a Blue Light On: A Citizen’s Tribute to the Seattle Police Department.   The inspiration for the book came from Stacey’s desire to honor the memory of the five Seattle-area police officers who were tragically murdered in late 2009 as well as to honor all law enforcement for their daily commitment and sacrifice.  Portraits from the book along with excerpts of the officers’ stories were shown in an exhibit at the Photo Center NW from Nov. 2010 to Jan. 2011.

Since then, Stacey has continued to find inspiration in working with law enforcement.  For four years, she worked with the Seattle Police Foundation as the producer of the Annual Seattle Police Awards Banquet.  She added elements to the program including the stories of meritorious awardees so that the audience could appreciate the heroics of the incidents and the officers involved.  She also created segments for Seattle’s citizens to show their support for their women and men in blue.  Also for the Seattle Police Foundation, she conceptualized, photographed and edited public-facing videos about SPD patrol officers, continuing to use her interviewing skills and documentary style in generating appreciation and understanding of the job.

Stacey has launched her own video production company, Stacey Sanner Productions.  Her work includes recruiting videos for the King County Sheriff’s Department (KCSO) and the King County Department of Adult and Juvenile Detention (DAJD).  She also films training videos for the Washington State Criminal Justice Training Commission and compiled a series for KCSO/King County Prosecuting Attorneys Office designed to help patrol officers navigate the complexities of responding to domestic violence and sexual assault incidents. She recently turned her skills to  creating informational and fundraising videos for Code 4 Northwest, a non-profit that offers peer support, counseling and inpatient treatment to all WA state first responders. For all her work, Stacey conceptualizes key messaging and handles every element of production including on-camera interviews, b-roll filming, editing and post-production. The videos are in keeping with her signature storytelling approach.

In August 2018, Stacey became a member of the board of the Seattle Police Foundation and recently was named the board’s Chair of the Communications Committee.

Stacey moved to the Seattle area in 2006 where she lives with her husband, Reggie.